Synopsis: In Gotham City, a deranged clown becomes the Joker.

Adding to the mountain of evidence that clowns are scary is director Todd Phillips’ Joker with Joaquin Phoenix as the titular character, a very scary clown. Joaquin P. is Arthur Fleck, a down-on-his luck clown. He’s a hard worker, but I think that one of the reasons he doesn’t fare well in his career is because he does a poor job of applying his makeup, as though he was drunk and sad while getting ready. And later, a big layer of psychotic is added to the look. Also, he doesn’t appear to have much in the way of clown skills, like juggling or making balloon animals. Ultimately he gives the vibe of being one laugh away from bashing in someone’s head. He would be a fine model for a madman who likes painting terrifying clown portraits.

Joaquin Phoenix, he of the whacked out persona, is an obvious choice to play the Joker. Although he certainly has clearheaded views that have led him to speak out on behalf of climate change activism and veganism. But about ten years ago, he appeared on a late night talk show behaving erratically, after having announced that he was retiring from acting to pursue a rap career. He later insisted it was all part of a performance for a mockumentary. Okkay…  It doesn’t take a genius to see that accessing a crazy clown will not be much of a stretch for JP. I imagine the process involved about ten minutes of him staring at himself in the mirror before arriving at the mental portal to “crazy clown.”

In the era of tentpole movies, the filmmakers deserve credit for getting a film done that is a 1970’s style antihero character study with a side helping of socio-political commentary. Great switch! Others should try this approach: promise the studio a superhero or comic book villain flick, then cancel the order on the green screens and make a personal story or allegory. How about Colossus (aka Piotor Nikolayevich Rasputin) struggling to assert his ideal of 21st Century pacifism vs the pressure to participate in the X-Men’s ongoing battles? Or Catwoman (aka Selina Kyle) recovering memories of her childhood in a feral cat colony and how they relate to her kleptomania/burglary career?

Joker is set in 1981 Gotham City, a stand-in for New York City. Director Phillips has reported that he based the look on the NYC of his childhood, glummed-up with garbage and downtroddens. Phoenix’ Arthur Fleck is barely getting by on clown gigs. When he’s not working he cares for his frail mother, prepares for stand up open mics, and looks for understanding in sessions with his social services-provided counselor. The poor dude suffers from an unspecified mental illness. He’s also afflicted with — remember the comic book villain this movie is ostensibly about– pathological laughter for which strangers mock him.

Things go from bad to worse one day when some juvenile delinquents assault him when he’s working an outdoor sign-holding gig. As you might expect, Gotham City with its high crime rate and high unemployment is particularly cruel to a marginally employed clown. He, along with the rest of the city, also has to deal with future Batman’s dad, blowhard rich guy mayoral candidate Thomas Wayne (Batman is only a kid in this story) making noise about how people agitating over the bleak state of affairs in the city are just “clowns” who are envious of successful people. Sound familiar? Ahem… anyway, the future Joker’s mom stans T. Wayne, droning on about what a great employer he was when she worked for him a hundred years ago and how he’ll help them. After a series of setbacks, Arthur starts to wonder about engaging with the Wayne family. The movie is rated R, so you can probably go ahead and figure that violence lies ahead. No Joker sex though, which is probably for the best as a seriously underweight and chain smoking person might find the act a health risk. 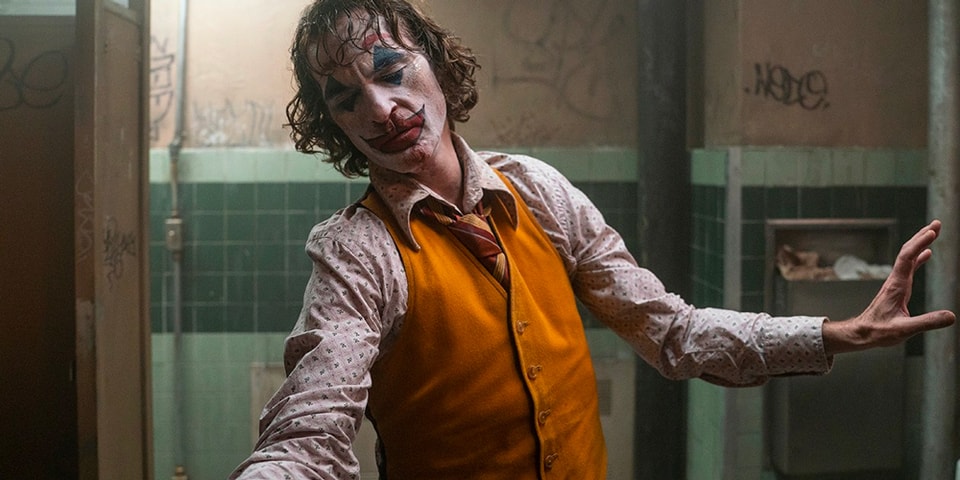 Joaquin is fire as the Joker. He embodies a terribly isolated and ill person and the toll that an uncaring society and hostile environment take on a person. He takes a caricature and makes him human. Phoenix has been getting the same sort of critical acclaim that Robert DeNiro received for his portrait of a deranged wannabe assassin in Taxi Driver (1976). In fact, DeNiro has a small role in Joker as a cheesey late night host whom Arthur dreams of impressing. We watch with morbid fascination as Arthur acts out his fantasy of stardom, barking out laughs, sucking on ciggies, being faux interviewed, creepily dancing around his apartment. I cop to doing at least one of these, but my dancing falls in the dorky category.

J.P. lost an astounding amount of weight for his concept of the character. I for one, would like to see an end to actors punishing their bodies for roles. But no one asked me. All I can say is that Joaquin’s ribcage should get special billing in the film. Btw, about twenty years ago, JP gained a bunch of weight to play an Emperor in Gladiator. He wanted to show the character’s decadence, but apparently people on set just thought he really liked craft (food) services.

Joker has generated a lot of conversation about the probable theme of the movie, including discussion of “the one percent,” incels, and society and government failing the poor and mentally ill. Director Todd Phillips has pointed to “one overarching theme… the power of kindness..there are other themes in the movie like lack of love, the lack of empathy in society, and childhood trauma.” All of which is well-developed in the film. But many people have commented on the use of the song “Rock ‘n’ Roll, Part 2” by Gary Glitter in the scene of the Joker dancing on a stairwell in the Bronx. In 2015, Gary Glitter aka Paul Gadd was convicted of sexual assault on three girls, all under the age of thirteen. Each of the women (the crimes took place between 1975 and 1980) testified as to the profound affects they suffered from the attacks. One can only assume that one of the many people involved in the Joker knew of the notorious case — they’re in the entertainment field, people! — but it wasn’t deemed important enough to switch to another song.  Ironic.

I like to watch Joaquin’s truly inspired dancing set to NYC pop-punk icon Blondie’s “Heart of Glass.” JP also does a macabre ballet in a bathroom to standout music by Icelandic composer Hildur Guðnadóttir.

Joker was worth seeing even though it reinforced my coulrophobia (fear of clowns). Strangely enough, I can’t help picturing myself as the Joker a la Joaquin. So goodbye for now; I need to put on my makeup.

Cut to the Chase:  Riveting performance by Joaquin Phoenix as the Joker, supported by a  storyline that outdoes most comic book-to-screen efforts.

Humor Highlight: JP as Joker, working on his makeup and dance routines, is delightful!